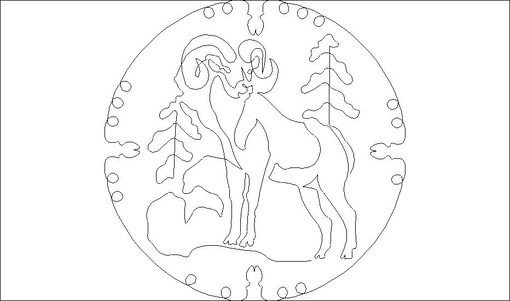 Lewis and Clark Adventure, Clark's Bighorn Sheep (No. 723A)

The Bighorn was spotted and documented May 25th, 1805, "running along in flocks where the bluffs were to appearance, nearly perpendicular." Clark noted that the Indians made cups and spoons from the horns.The frame is a representation of an Indian design representing the hooves of the buffalo (American bison). the animal proved very useful to the group as food. It also provided fur for warmth and leather, which was useful not only for the men's shoes, but was made into "shoes" for their horses whose hooves had worn to the quick. ( The buffalo was not discovered by the "Corps" although Lewis & Clark had never seen one before)

Patterns are available for immediate download after payment is completed.

Need more information about this pattern?

This pattern is available in these sets: